My husband is the front man for a popular local Blues band. The other day as he was preparing for the latest gig, singing under his breath to make sure the songs on the set list lined up, I said, “I have this fantasy, one day I’ll come to one of your gigs all done up, in spiky high heels, a new hair-do and makeup, and a shiny dress, and strut.”

I don’t get to many of my husband’s gigs, you see.  The place his band plays most often is ninety miles away, and he has to be there for set up and sound check at four o’clock for an eight-thirty show. With the show going to eleven-thirty, tear down, and the drive coming and going, he’s gone nearly twelve hours for every three-hour gig. Since we only have one car, I couldn’t arrive later or leave earlier. Twelve hours is a bit much for me to be hanging around with no place to decompress.

He said, “I’d like to see you strut up to the stage, pull me down, and start dancing with me.”

“The problem is,” I said, “that whenever I try stuff like that it never works. It doesn’t feel the way I want it to feel. I don’t get the reaction I expect, or I get no reaction at all.” I paused. “Of course, people say you should do things for yourself and not in hopes of some reaction.”

I was thinking about this conversation this morning as I did my physical therapy. About how things never turn out quite the way I want or expect them to. And it occurred to me: other people’s reactions, or lack thereof, aren’t exactly what puts me off from dressing up and showing off. It’s the fact that those reactions don’t line up with what I feel inside. That is, I don’t get the confirmation I’d like of my interior reality. The times in the past when I have tried to strut my stuff, I generally feel pretty good about it. If I don’t feel beautiful, or hot, or confident, I can’t make the effort in the first place. But inevitably, because I’m fat (i.e., I don’t match socially accepted beauty standards), or I don’t have the “right” clothes, or some reason I don’t know, people with whom I come into contact don’t react the way they would to a beautiful, hot, confident person. At best, they don’t react as if anything is different or special about me at all. At worst, they treat me as an object of derision, “Look at that pitiful fat woman who thinks she’s all that!”

It’s like looking in a funhouse mirror that, instead of showing me the beautiful, powerful woman I feel myself to be–the one I know myself to be, when I’m thinking properly–shows me a monster, or a Cubist painting with fifteen eyes and ears where the mouth should be. Or nothing at all. 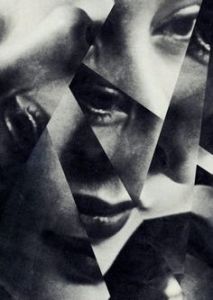 I’ve also experienced the opposite kind of distortion: times when I’ve gone out dancing just for me, not meaning to impress anyone or leave a mark, are invariably the times when some random, skanky dude starts hitting on me. It’s always the skanky dudes, never the ones you might feel reciprocal interest in. Or maybe all guys are skanky when you’re just trying to have a good time for yourself.

Both circumstances make it extremely hard to trust my perception of reality, and both have led me to armor myself when appearing in public. Worse, they’ve led me to pull farther and farther inside my shell because I can’t anticipate with any confidence what’s going to happen when I step outside. Sometimes weeks pass without my leaving the house. When I do leave, I’m always on the alert, always evaluating: what’s happening here? Is this person going to make some comment I’ll have to respond to? If they do, will it be one I’m prepared for, or something out of the blue? Can I go about my business in peace? Or do I have to be ready for something weird that hasn’t entered into my plans?

Outside my home, I’m never entirely sure what’s real or what’s going on. And I’m sure at least a portion of this is due to my having CPTSD, which got exponentially worse after my three years trying to front a band where one of the members had untreated Narcissistic Personality Disorder (in my opinion, which I think is valid. I had a lot of experience with this person upon which to base my armchair diagnosis). Going farther back, my entire childhood was spent among people who never let me have a feeling or experience of my own, but twisted my every expression to be about themselves.

I don’t know what to do about this, or even if there is anything I can do. Pushing forward in spite of what others might think hasn’t worked. I’ve only succeeded in becoming more uncomfortable and insecure, and the effort is more trouble than it’s worth. When you can’t see your reflection properly, why look in a mirror at all? Letting go of expectation from others and only doing things for myself is…well, I never held much with that advice. Once, when I was struggling with writer’s block because I despaired of ever being published, a therapist told me, “Don’t write to be published! Just write for yourself!” I told her, “Plants don’t live to be watered, but if they aren’t watered, they die just the same.” I think the whole idea of doing things only for oneself can only be valid if you already have a secure starting point. It completely dismisses the fact that human beings are social animals what want and need input from others to thrive. And without expectation of some response, why bother doing anything at all? Some people might have an undamaged core propulsion system, but I don’t.

Basically, right now this fractured mirror epiphany is an idea I need to meditate on and talk to my therapist about. But I wanted to write a little about it, so I didn’t forget I had the epiphany in the first place.